Saturday night’s Kansas City Roller Warriors 2019 season opener was certainly a ride, the kind we’ve frankly come to expect from such a competitive league. Game 1 saw the 2018 defending champions, the Knockouts, take home a big win over the Black Eye Susans by a final score of 229-128.

The KOs jumped out to a big early lead and essentially held onto it the entire bout, giving fans the impression (already) that they may indeed be the team to beat again this year. 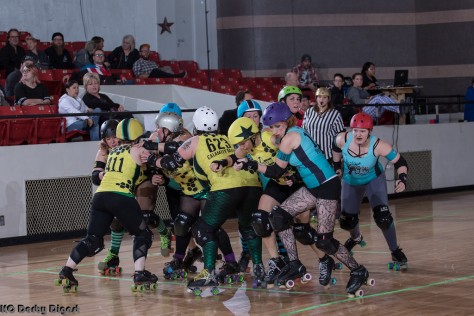 The second bout of the night was quite a bit closer and featured impressive performances by the Dreadnought Dorothys and Victory Vixens.

The Dorothys took an early lead, but the Vixens kept finding ways to close the gap. The Ruby Reds held a scant 86-79 lead at halftime, and they managed to hold on and take the game 185-151 over the Vixens in the end. That’s only a 34-point difference, and although it’s enough, it’s not a dominant victory under this rule set, so we’ll be watching these two teams very closely as the season progresses. 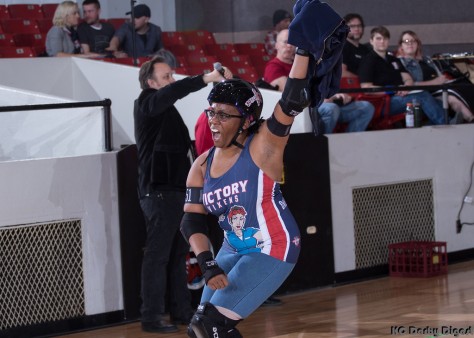 The Kansas City Roller Warriors‘ next event is on February 2, so mark your calendars and keep an eye on KC Derby Digest as the date approaches.